A bohemian drifter, Ousey eluded broad recognition, although many figures in the art world recognised his significance. Later exposure of his art by his niece, Sue Astles, has elevated his body of work, with pieces held in prestigious collections across the country.

Explore the life and works of Ousey as he roamed the landscapes of Cornwall, Derbyshire, Italy and France, where Ousey’s story came to an end with his ashes scattered at the foot of Mont Sainte-Victoire in 1985. 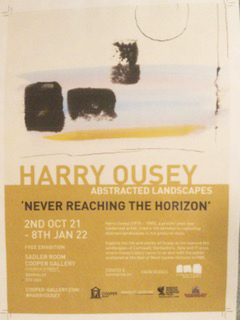 Pushing paper: contemporary drawing from 1970 to now will illustrate how artists experiment with the power of paper to express their ideas, pushing the medium in new directions. It will highlight the breadth and quality of the Museum’s collection of modern art, as well as its global scope. The exhibition of 56 works will showcase the astonishing diversity of contemporary drawing over the last fifty years, with graphic work by artists such as David Hockney, Rachel Whiteread, Sol LeWitt, Anish Kapoor, Tracey Emin and Grayson Perry, as well as exciting works by emerging artists like Hamid Sulaiman and Rachel Duckhouse. Many of these pieces will be on public display for the first time, including work by Gwen Hardie, Jonathan Callan and Jan Vanriet.

As the United Kingdom celebrates V.E. Day on the 8th May, Harry has been in my thoughts. Would he and my Aunt Susie
have joined in the dancing and singing in Trafalgar Square on that wonderful, life changing day? I would love to think so. 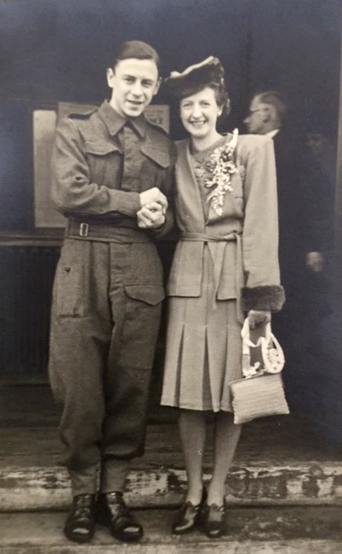 Bombardier Frederick Henry Ousey joined the Royal Artillery in 1945 and spent the latter part of the Second World War at London’s Woolwich Barracks, Harry and Susie had married in February 1942 and moved from Manchester to Catford in London’s dockland
“A tiny flat with holes in the walls, only cold water, windows missing”.

Earlier drawings and possessions had been destroyed during an air raid but he was able to create this powerful image looking
towards St. Paul’s Cathedral as “lights began to appear in the streets again lighting shapes we had not seen before, and some
familiar places were gone for ever”.

“We too were not without our scars”. 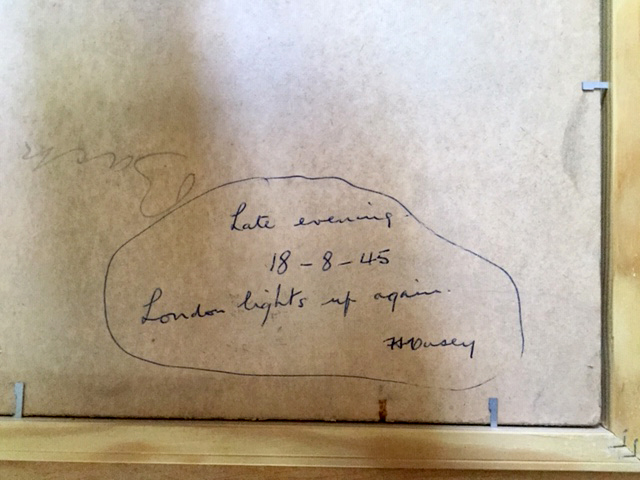 The oil on board was exhibited at Salford Art Gallery as part of the Harry Ousey Centenary exhibition “One Needs More Than Paint” and “A Sense of Place” at Stockport Art Gallery in 2018.

After many years trying to find evidence that Harry Ousey was indeed exhibiting at the Midday Studios based in Mosley Street, Manchester during the 1940’s, information has come to light.  Art historian Dr. Ian Massey whilst researching for a book he is writing, visited Manchester Art Gallery archives, not knowing about Ousey at the time of his visit.

He photographed exhibition information for his own use which included Harry Ousey and details of work that he exhibited. So just by chance this was such a wonderful revelation as it adds substance and greater relevance to Harry’s work.  I will be visiting the archive in September, I wonder what else is waiting to be discovered.

Harry was also a member of the Manchester Art Group founded in 1947 involving such great names as L.S. Lowry, Theodore Major who founded the Art group and Ian Grant.

An exhibition of Harry’s work has now finished at Jobling Gowler Solicitors in Macclesfield,
we would like to thank everyone who attended.

Harry Ousey is now represented on Facebook and Twitter – @harryousey
For the latest news and views why not go and have a look!

A selection of work is available to buy.

Recently two books have been published which include references to Harry Ousey.

If you would like to know more about Harry Ousey, Sue Astles, the artist’s niece would be delighted to give a Presentation about
Harry Ousey. Her memories of him and her aunt Susie, their nomadic lifestyle in the U.K. and Europe, painting and travelling.